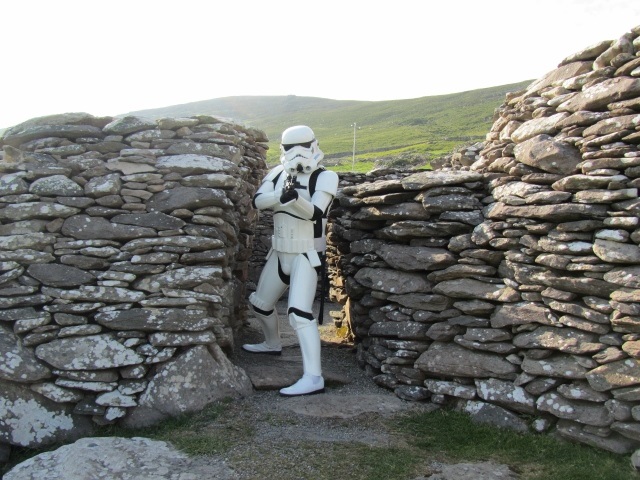 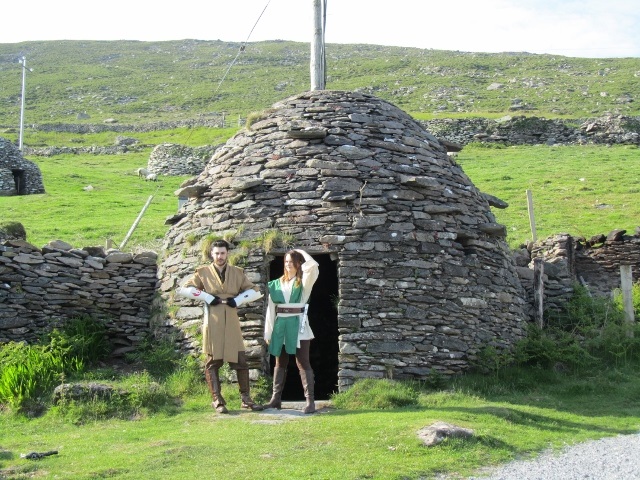 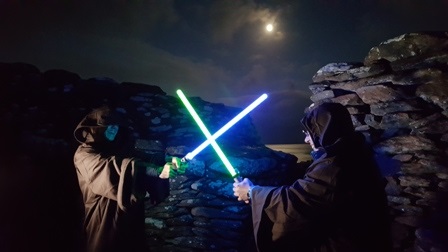 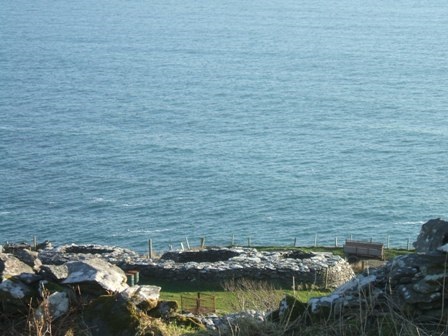 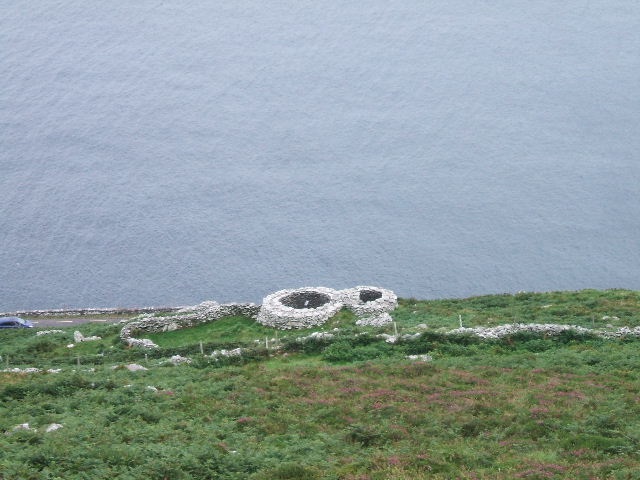 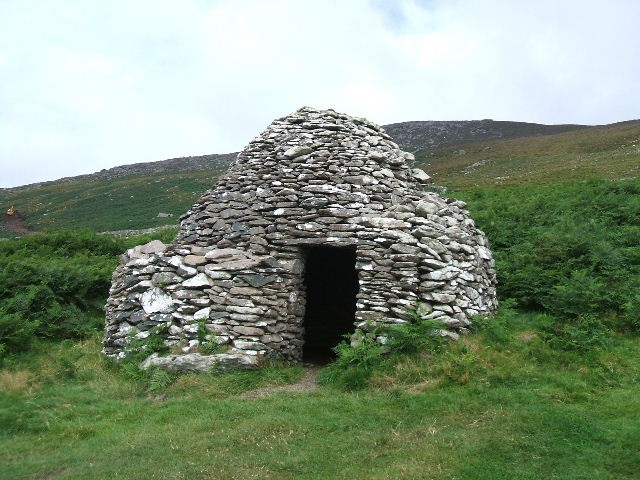 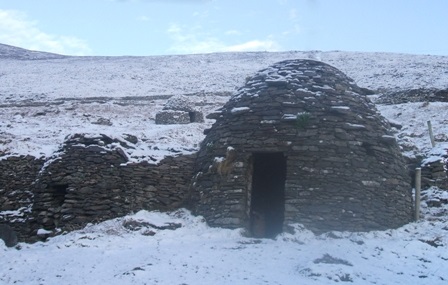 These amazing structures, some over 1400 years old, are built using the corbelling technique, a style that goes back to the Neolithic tomb at Newgrange, in Co. Meath (built about 6000 years ago), where this building style was also employed.
If you are a Star Wars fan, have your photo taken here – some of the huts are very similar to those seen on Skellig Michael (as seen in some of the more recent Star Wars films).
Photo of modern hut:
This was built by Aedán’s great, great grandfather at the end of the 19th century. It was used for decades by Aedán’s ancestors as the dairy, where they stored the milk of their own cows, and the butter they made from it.
This building has mortar in it, but is built in the same style as houses used 1400 years previously (which you can also visit).
It is very similar in style to the monks' houses on Skellig Michael. And most days you can see that island, a World Heritage Site, from the farm.
There is also a smaller hut, built at the same time, beside this large one.
Photo of triple hut:
In the field beside the farmhouse you will see one of the largest early medieval houses in the county.
It consists of 3 rooms, and there is also an underground passage or souterrain (currently not accessible). This was probably used for storage, and possibly also for hiding in.
The building is called Cathair an dá Dhoras in Gaelic (the language spoken in Aedán’s family. This means 'the fort of the two doors', and is also known as Cathair Sayers (Sayers' fort).
Sayers was the name of the family living here in the 19th century. Aedán’s great-grandmother's surname was Sayers, and his great-grandfather 'married in' to the farm, bringing the Houlihan name with him. So Aedán comes from a long line of people farming this land.
Due to the size of the rooms in they house, they may not have been roofed in stone, but were rather thatched.
It is unusual to find 3 rooms conjoined in the one house, particularly without an enclosing circular bank or wall. These people must have had a very large family!
Photo of hut behind house:
Here you can see another roofed structure, which was constructed at 2 different periods. About 1400 or more years ago the original house/room was built. In time it collapsed, and in the 19th century Aedán’s ancestor, using the stone collapse from the original building, re-built a smaller one within the foundations of the earlier house.
Clochán Mór:
This is another house, but with 2 rooms and a small space built into the wall. We are not sure what this was for. Was an animal kept here? Was it made comfortable to be a place to sleep? What do you think?
Why are they called 'beehive' huts?:
Have a look at the shape of these buildings, particularly the ones which have roofs. Do they remind you of anything? What about a beehive (for a swarm of bees?) Maybe not a modern one, but one from a few decades ago. I guess people who saw them were reminded of beehives, so that is how they got their name. In Gaelic, or Irish, they are called clocháin, and they are probably best called 'round stone houses'.